Raccoon Tales Slot from Evoplay Entertainment is a rather spectacular game, a cartoonish Raccoon tale slot, which is similar to a computer or nintendo video game. It’s not the first time the game developer is creating a groundbreaking slot. Sea of Spins is another odd and somewhat different slot from Evoplay. The Pirate themed slot was released earlier this year (2020).

Anyways Raccoon Tales slot is a game themed around adventures of a brave Raccoon. Join him Raccoon, fight against monsters, dragons and find caves filled with treasures in a fairy tale adventure. Enjoy stunning, immersive cartoon graphics and captivating fairy tale soundtrack. Collect keys to receive Free Spins, in an exciting journey to a fairy game where Actions take place in two levels at once: in the forest where Raccoon travels and on the reels. Have a read to find out more about an innovational online slot from an artistic developer.

You will quickly notice that Raccoon tales is not an ordinary slot. Actions take place in two levels at once: in the forest where Raccoon travels and on the reels. Both levels are interconnected. (see picture) The background consists of a changeable well animated cartoon graphic backdrops similar to a modern video game. The gamefield has a 7×7 format. The cartoon graphics are stunning, except the main gamefield which is rather plain.

The symbols consist of simple gems, various bosses and monsters.

There are 5 types of monsters in the main game. Meeting with a monster always triggers a battle.

During battles the main character, the Raccoon shoots energy balls on the enemies. The power of the shot depends on the quantity of winning symbols in the round including all drops. 1 winning symbol is equal to one hitpoint. There are 16 hit points in the health bar of any Monster. 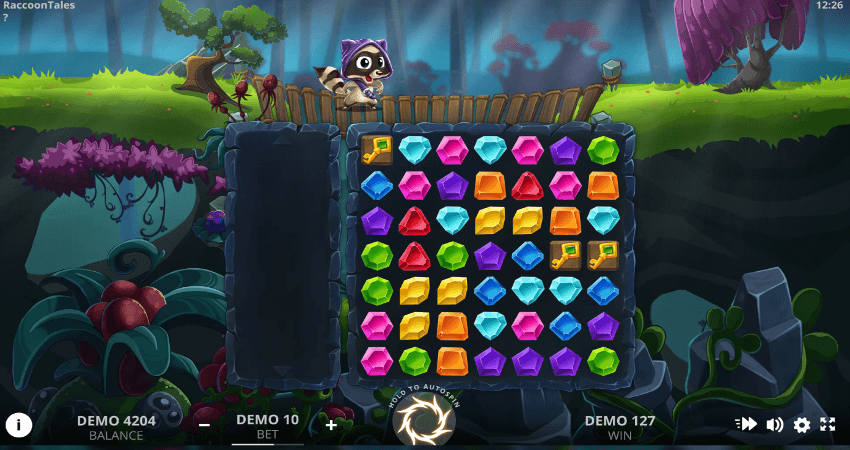 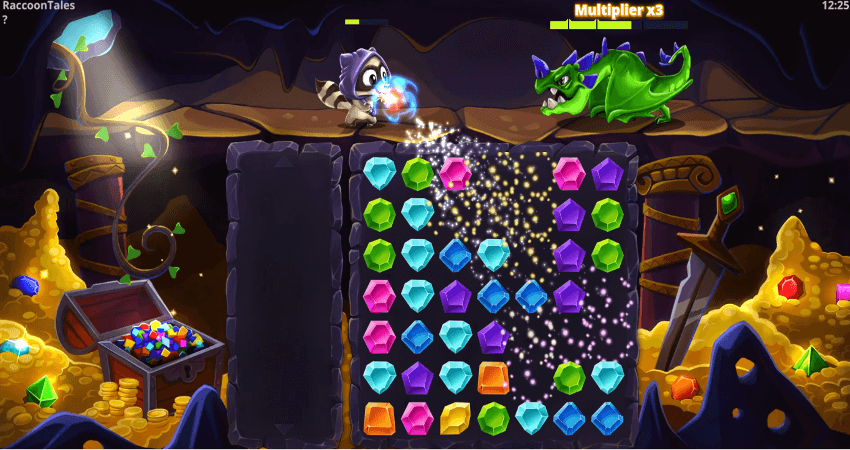 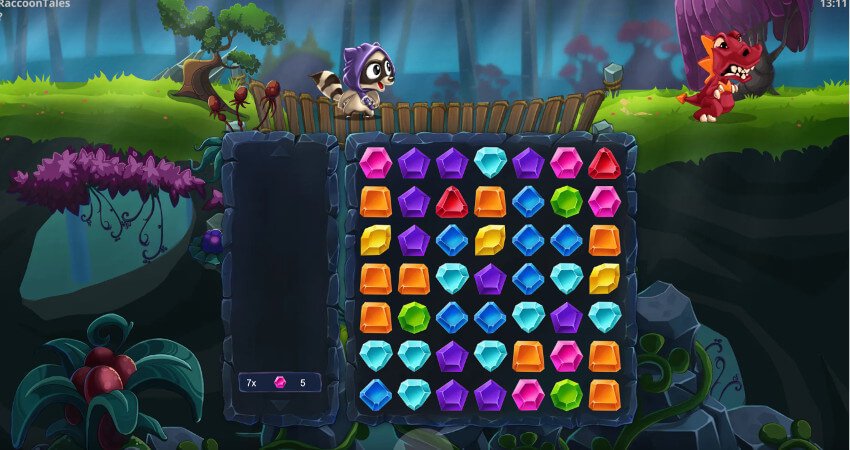 If you win over a Monster you will receive a Bonus, each monster has a unique bonus.

During free Spins the Raccoon fights with dragons. There are 3 types of dragons, and three types of Free Spins. Each dragon has a unique bonus.

All dragons have a health meter, All winning combinations explode and charge the energy ball. The strength of the energy ball depends on the quantity of winning symbols in a round.

All winnings increase by multiplier. When green dragon gets angry, a multiplier is increased by 1.

Every Free Spin Double Wild symbol appear on the random positions on the reels. When blue dragon gets angry, the quantity of Double wild symbols is increased by 1.

During every Free Spins, a certain quantity of symbols on the reels transform into wild symbols. Each time red Dragon gets angry, the qunatity of transformations are increased by 4.

There are 3 types of random events in the main game, that can be activated after any lose spin.

Big Wild: 4 matching symbols, adjacent to each other in a square shape transform into wild symbols.

Pleasant surprise: All regular symbols in the central reel are replaced by one random symbol.

Key: One random symbols on the reels transforms into key symbols.

Raccoon tale, is an inspiring game with fantastic visuals. The slot belongs to those games that has no boundaries. The game has great potential, possibilities and achievability. Raccoon tale takes “playing slots” to another level. It’s enthralling to play such a ground breaking game.

The game is full of action at it feels like if you were playing a video game. The sound fits perfectly to the game and has a pleasant fairy tale clang. The slot is spicy, that is for sure but it could have been even more tasty. Despite that, Raccoon tale is a must try. It’s an enchanting online slot, that takes the player closer to the future, when video games and video slots will flow together.
SlotHits Rating 90/100 - (4.5/5) 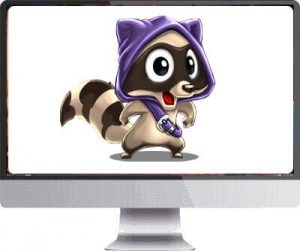 Play the slot for Real here