About Rich Wilde And The Amulet of Dead slot

Rich Wilde and The Amulet of Dead slot is about the slot world’s most famous explorer, Rich Wilde. He is back in Egypt again. According to Playn’GO Wilde has to face up to his past as he is judged for his previous actions. Rich Wilde and the Amulet of the Dead is the sixth instalment of the saga. You’ll recognize the enviroment and gameplay. There are fully stacked Wilds, complete with multipliers, in the base game, special expanding symbols during free spins .The company’s well-known gamble feature is present in the game.

Where to play the game for real? 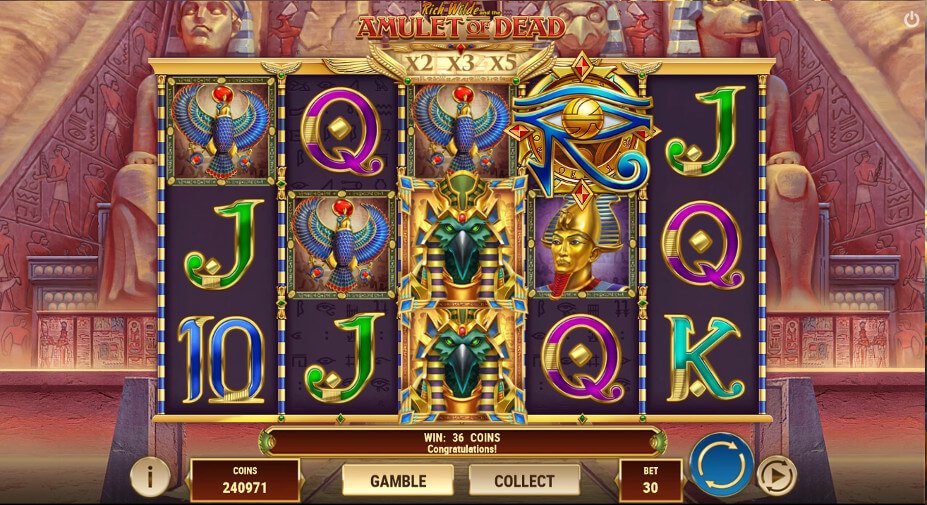 Can I play this Rich Wilde slot for free

Yes you can!  At many online casinos.

Rich Wilde And The Amulet of Dead

The major con is that the slot is very similar to earlier versions and that maxwin only is 5000x. Despite that a fine slot with immersive graphics. All in all a decent game and a must try if you are into Rich Wilde adventours.

Rich Wilde and the Amulet of the Dead is the sixth instalment of the saga. Last year’s Rich Wilde and the Shield of Athena was a top-performing slot upon its release. All slots in the series are similar to each other. The slot is a typical “Egypt Book” slot. Today there are many variants of these type of slots, new ones are released all the time.


Rich Wilde and the Shield of Athena

John Hunter and the Book of Tut