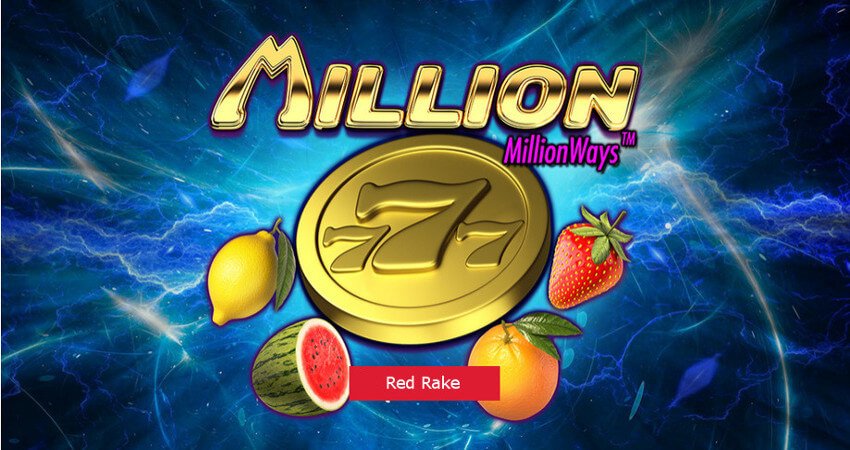 777 Million slot from Red Drake Gaming is the continuation of 7 Million slot from the same developer. According to Red Drake, it’s the perfect video slot! “Since you can take all the same features of “Million 7 the previous edition” and add an extra minigame where you can win up to 300 times your bet, along with multipliers that increase your winnings by up to x10.”

777 Million is one of those modern fruit slots. Several of them have been released earlier this year.

The slot has a 6×10 grid format, with up to 1,000,000 ways. It’s not the usual setup but it works well since the backdrop is slick as well as the symbols and decorations. Some reviewers complain about the icons. The reason is that, fruit symbols don’t fit into slots like this. SlotHits disagrees, it works okay, just like in many other modern fruit online slots. 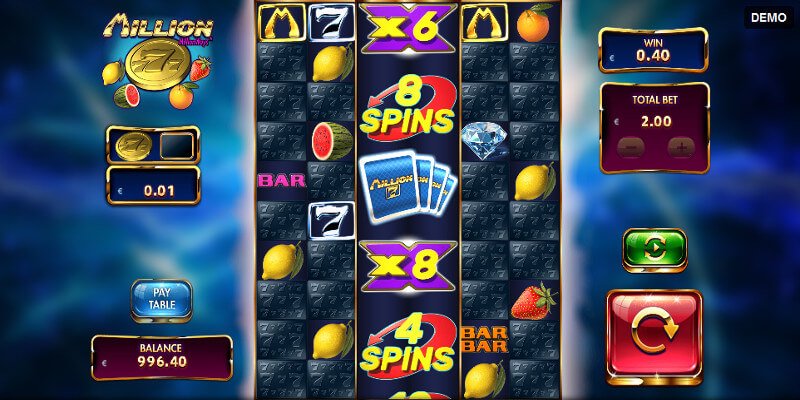 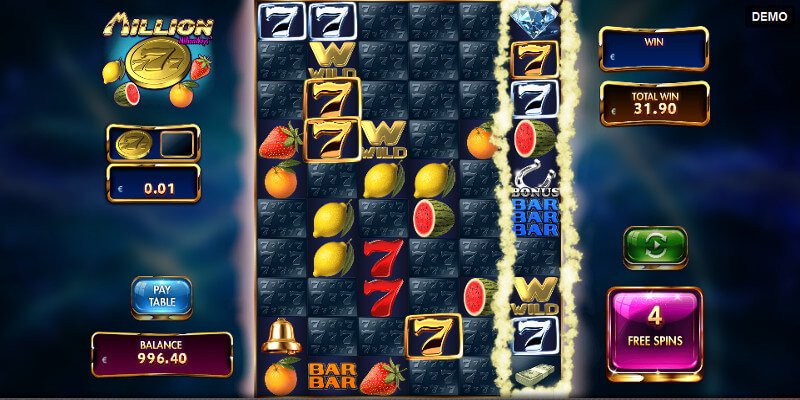 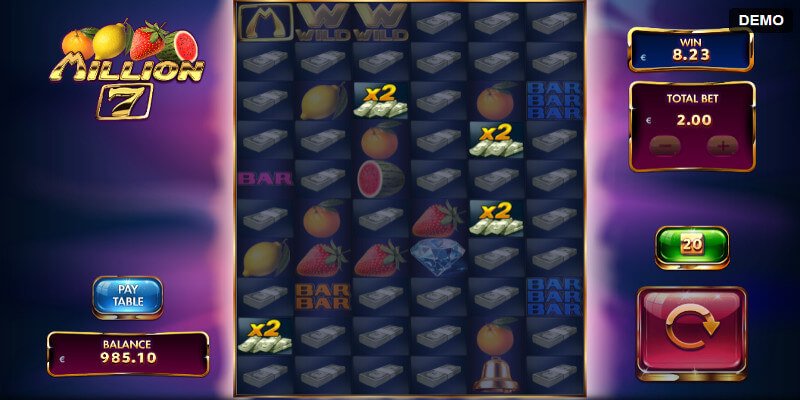 777 million slot is a feature rich game, if you are into this, you won’t get disapointed!

The minigame starts with 3 fixed coins and 3 free spins. Each additional coin will be fixed in place and the counter will restart at 3 free spins.
If you manage to fill all the reels with coins or if you run out of spins, the game ends. You can win mini, major and grand wins during this feature.

If you receive the multiplier symbol, all wins from the spin will be multiplied by one of the lucky multipliers: 2x, 3x, 5x or 10x. 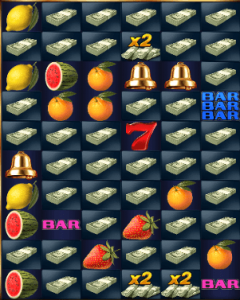 3 or more banknotes (bill icons) trigger the “Money Collect” feature, which fills the screen with banknotes. During this feature, there are a 2x multiplier symbols. If you receive 5 of them during the money collect feature, your winnings will be multiplied by 10x (2x+2x+2x+2x+2x=10x) and so on.

3 or more gold M symbols launch the “Frenzy” feature. You will receive one ot the following features:

Thrilling card minigame where you have to uncover all the different 7s.

Take advantage from a Wild, a Bonus, a banknote and two Gold 7 during the spins.

Remains fixed and is converted into Wild while a respin is launched on the other reels.

Red Rake Gaming has delivered a slot, which is more fun than the average game. The slot is easy to grasp and it feels uncomplicated even if there are a ton of features. A lot is going on, various features are triggered continuously, which is great. It makes the slot vivid and more fun to play!
It’s a modern twist of a classic fruit slot. It’s not an easy task, but the
rather young but promising company Red Rake has done this amazingly well!  It’s definetly worth spending some time on this slot, because features like the Money Collect is a blast! Sign up to a Red Rake online casino today and start playing the slot now!
SlotHits Rating 88/100 - (4.4/5) 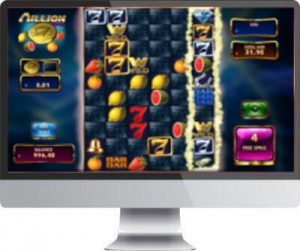 Rich Wilde and the Shield of Athena online slot Review