Aye-aye, Captain, let’s set sail! Are you ready for some Viking Clashes at sea? Vikings is a very popular theme, no wonder because the Nordic savages were an exciting people who sailed across the oceans and made raids!

Get ready for some big waves, Catapults and Cannons. Read our full review to find out what is going on at the mighty sea and to know more about the slot.

The game field consists of two-reel sets. Two reel sets are often interesting, it is like in the slot Planet of the Apes from NetEnt. The difference is that here one reel set is placed over the other reel set (see picture).

In the beautiful cartoonish background, there are Viking ships, the mighty sea, and the blue sky. One of the ships is very close, hit by a wave, it looks like if it is clashing with some other ship! Onboard there is a wild looking Viking. – Are you ready to fight!? 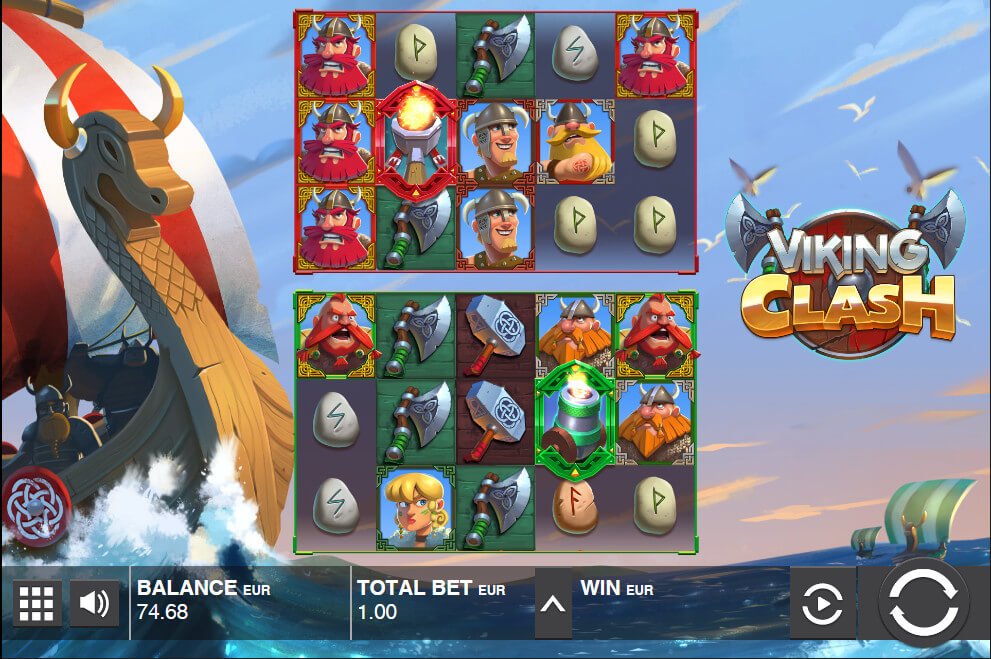 The Wild Ship Feature is triggered randomly during the base game. A wave will pass over the reels and a number of golden Wild Ship-symbols will appear on the reels. The ships will sail from right to left and might trigger wins.

Be aware that sometimes a wave passes by the game field but no Wild Ship feature is triggered (some waves don’t trigger the feature).

At first, the slot might seem complicated because it’s a bit confusing when there are both green and red scatter symbols and dual reel sets. The game is not especially advanced though and that is okay. A slot hit doesn’t need to be complicated.

While playing you will hear the sound of waves and seagulls that chirp. Also, there is some kind of mysterious Viking sound in the background with Viking roars. The Viking sound is great and creates excitement for the game, the gameplay is awesome.

The wonderful sound combined with the beautiful cartoonish background works very well. It is very appreciated that additional freespins can be won during Free spins-mode. If you are lucky you will receive many extra freespins.

The slot is odd and has received much appreciation both from players and the iGaming community. Viking Clash is not just a slot, it’s certainly a slot hit! 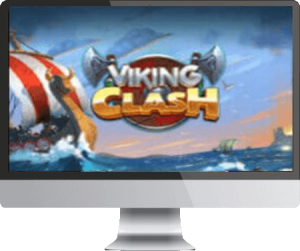