Revolution Patriot’s Fortune is an online slot with American War of Independence theme developed by Blueprint Gaming studio. Strangely, rather few casino games have been created with this theme, on the contrary many computer and board games use this war as a concept. This is astonishing, and it’s certainly stimulating and thrilling for the i-gaming community to receive another online slot about the War of Independence.

“In the 1860, Republicans, decided banning slavery in all the U.S. territories. The Southern states viewed this as a violation of their constitutional rights.
This was the start of the American Civil War. ” The catalyst for American independence and the Civil war, was the Revolutionary War (1775-1783).

Are you ready to join the battle and encounter cannons, firearms, horse war chariots, war druming and patriots on a 5×3 game field? If you are, have a read and find out whether it pays off to participiate in the war or not!

On the left and right side of the game field are soldiers, waiting for you
to join the battle and start spinning. Smoke is raising from the ground
and flags are waving in the air next to the 5×3 game field. “The colonists living in the British North American colonies who rebelled against the authority of the crown were known as patriots.” 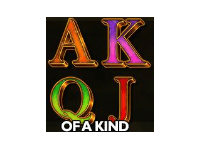 slightly transparent reels. The lower valued icons have nothing to do with the war and are letters J, Q, K and A. The other symbols, the higher valued icons are much more interesting and consist of war gadgets and realisitc wellcrafted looking soldiers.
The more valuable symbols are a pair of guns, a horse wagon, a war cannon, a drum, a horse and a soldier. The highest valued icon is the soldier with the red uniform. 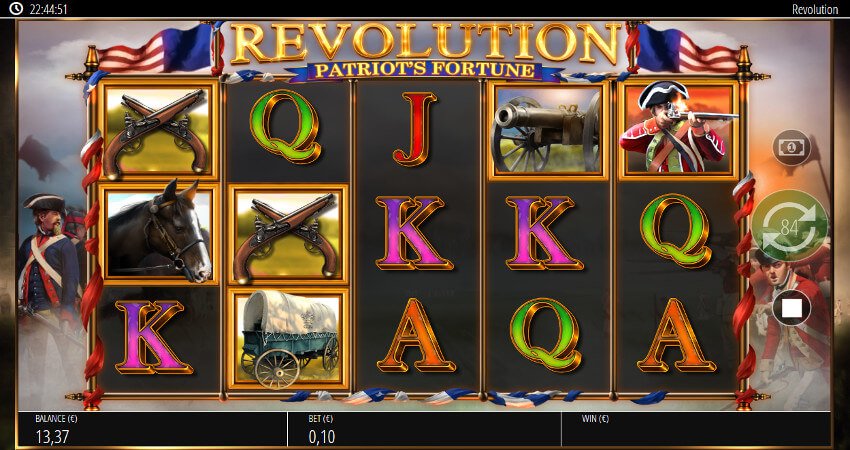 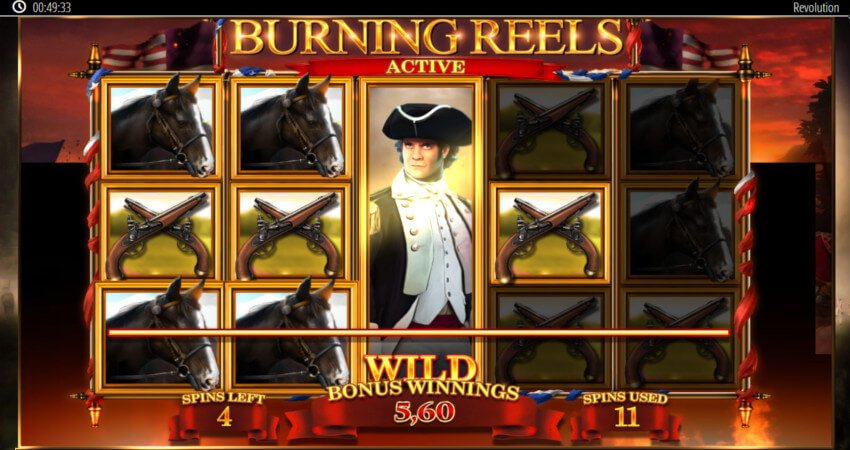 When Spins are activated, any wild symbols appearing on the reels will
expand and trigger burning reels.

All the letter (royal) symbols will expand and trigger burning reels. When
the reels are on fire all letter symbols are burnt away and new symbols will cascade in.

It’s possible to bet as low as 0.1, which was a surprise and not excpected in a slot like this. Another source of joy is the drumming patriotic war music in the background while you play. It’s certainly exciting to join the battle and spin the reels in Revolution Patriots Fortune. The superb sound and the realisitc war gadgets and soldiers make the slot come to live and is stimulating.

However the base game in this American War of Independence slot doesn’t
revolutionize anything. Even if the regular gameplay can be longwinded it’s
nothing to whine over since the main feature, the Free Spins are a blast.

Burning reels fit perfectly to a war slot. The Free Spins feature is somewhat unique, amusing and invigorating. It’s eyecathing for players to see the royal symbols become burnt away during Free Spins, as well as profitable, win up to 10000x your stake!

Revolution Patriot’s Fortune might be a bit to simplistic, more features was excpected in a grand heavy war slot like this. Atleast a bit higher RTP. Overall it’s a good online slot though and it can definetly be rewarding to Join the battle, those burning reels are a must see for experienced gamblers! Play the game at Fun Casino, you can try it for free! If you want to play it for real, join Fun Casino! 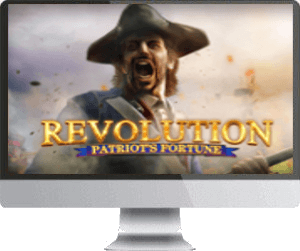 A SlotHit can be either a big win or a great slot. SlotHits are always chasing for slotHits. A slot needs a score of minimum 4.5/5 or 90/100 to get the honor to be called a SlotHit. Revolution Patriot’s Fortune Slot receives a score of 80/100 and is, therefore not a SlotHit!